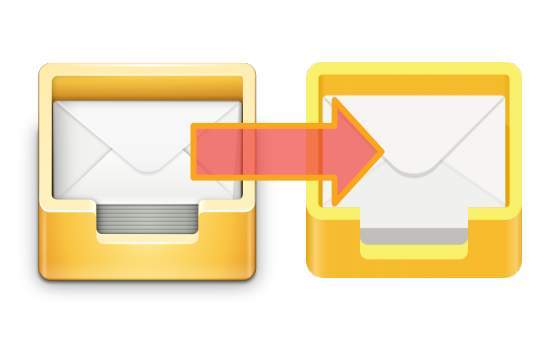 In the past I had a love hate relationship with the email application Geary. Most Linux users probably use Thunderbird Mail from Mozilla for their incoming and outgoing mail, as did I. Thunderbird is really good and offers an extensive list of functionalities. But more is not always better for everyone. Personally I move more and more towards a clutter- and distraction free life and Geary fits perfectly into that kind of lifestyle and way of thinking. So let’s see what Geary 3.32 has to offer for the minimalist Linux user.

Geary mail offers deliciously well-organized and simple mail functionality and does just that, nothing more, nothing less. Geary is a lightweight mail app for Linux that organizes messages in the form of conversations. That’s the way a lot of modern mobile apps, like email apps and chat apps organize communication with your peers and can be a bit cumbersome initially, but after awhile you get used to this way of organization and the workflow will grow second nature and soon you want nothing else.

First of all those who already used Geary before should notice the funny jump from 0.13 to 3.32. What’s that all about? Well … the Geary development team has opted to align the development cycle of the application with the release cycle of the GNOME desktop environment and accompanying versioning system. According to the Geary team they “will be looking to put out six-monthly feature releases along with GNOME, including both odd-numbered unstable releases, and followed up by bug-fix point releases”.

Don’t expect some major changes in this latest 3.32 release. Well … you probably should not expect major changes in future releases as well, because that’s what Geary is all about … simplicity, so there is not much to change. As Geary is a very minimalistic application, future changes are expected to be minimal as well and are only there because it really adds something to the user experience, to speed or stability. And that is a good thing.

The following improvements are included in this release:

This release also comes with a number of bug fixes and translations updates.

Normally Geary was available via a dedicated PPA (Personal Package Archive) which always contained the most recent version. But from this 3.32 release on that will not be the case anymore. This latest version is now available for installation from Flathub. From Linux Mint 18.3 and higher Flatpack support is a build in functionality so you can install the Geary Flatpack file right away. In Ubuntu and other derivatives and Linux Mint below 18.3, Flathub support must first be installed before being able to install Geary from Flathub. To do this type the following commands:

Now find the Flatpak version in the Software Manager or go to https://flathub.org/apps/details/org.gnome.Geary and click on Install. Choose Open and the installer will be opened in your Linux Mint Software Manager.

Connecting Geary to your mail accounts

Geary works well with the best known webmail services, such as Gmail, Yahoo and Outlook, but also works with IMAP and SMTP so you can also activate mail accounts with other providers.

On the internet there are quite some people with questions about the use of Geary in combination with their Google Gmail account. Simply put, many users can not sign up for their Gmail account and receive notifications about security issues. Despite what many claim on the internet, this is not a problem of Geary, but the result of changed security rules from Google. However, this can easily be solved by taking the following steps:

1) Login via the browser in your Google account
2) Go to https://myaccount.google.com/
3) Choose Sign-in & security
4) Scroll all the way down
5) Activate “Allow less secure apps”

Now it will no longer be a problem to setup your Gmail account in Geary.