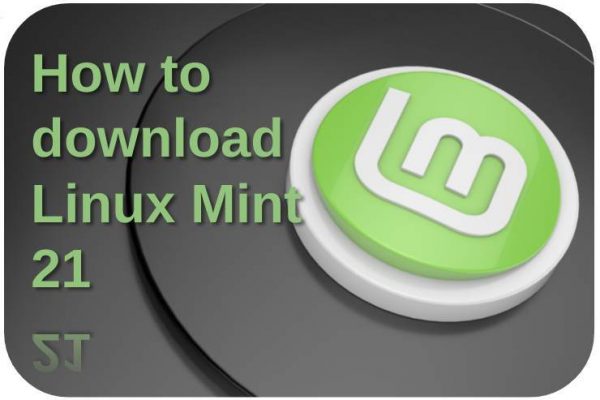 It seems from the beginning of time the Linux internet community is discussing, blogging, and vlogging intensively about Linux Mint, one of the most popular Linux distributions. It is extremely popular among both beginners and advanced users, who just want to get things done with their operating systems. So you want to know how to get your hands on one of the most popular, stable, and user-friendly Linux distributions? In this article, which is the start of a complete refresh of all my previous Linux Mint 18 based articles, you will learn how to download the most recent Linux Mint 21. In this article, you will learn how to download Linux Mint 21, so you can create a Linux Mint 21 Live USB stick to try it out in a live environment, or just install it right away.

Note: My current Linux Mint tutorial series is starting to get a bit outdated, as it was based on Linux Mint 19.X with an Ubuntu 18.04 Bionic foundation. The current Linux Mint 21 is based on Ubuntu 22.04 LTS, the latest long-term support release of Ubuntu. So I think it’s time to completely rewrite the entire series to the new Linux Mint 21 foundation so that you as a reader will be fully equipped with the latest information. So this is my first step of a complete rewrite of all 30 of my Linux Mint articles. So be patient and give me some time.

The Linux Mint developers focus on absolute reliability and stability and consciously choose not to be a leader in all bleeding-edge developments. In order to do that, Linux Mint is always based on what is called an LTS, or Long term Support release. That deserves some explanation.

The basis of Linux Mint is Ubuntu. Ubuntu itself offers both a Long Term Support release and multiple intermediate short-term but more up-to-date/bleeding edge releases. Canonical, the developer and provider of Ubuntu, produces a new version of Ubuntu every six months, in which the latest developments and technologies are made available. For this 6-month release, you get up to 9 months of support and security updates. In addition, there is also an LTS release. A new LTS version is issued every two years. In older releases, an LTS version had three years of support on Ubuntu Desktop and five years on Ubuntu Server. Starting from Ubuntu 12.04 LTS, this distro received both versions of support and updates for five years.

Probably the above makes it a bit clearer why the Linux Mint Team uses the LTS version of Ubuntu as a base. LTS receives 5 years of support and security updates compared to only 9 months for the bleeding edge version. The consequence is that the age of the base for Linux Mint can be up to 2 years, namely the frequency in which a new LTS release for Ubuntu is delivered. Basically, as a Linux Mint user you start to lag behind modern developments, but how bad is that if you have a system in which all teething problems are solved and therefore is very robust and reliable? And that lag is relative since Linux Mint itself also comes with interim updates (point releases), like the next one around next Christmas 2022, but always based on the stable LTS releases.

The most recent version of Linux Mint is 21. This version is based on Ubuntu Jammy Jellyfish 22.04, which has been released in April 2020, and is thus relatively new and up to date and gets support until April 2027.

Downloading Linux Mint is incredibly easy. I assume that you want to use the most recent version, Linux Mint 21 with the name Vanessa. To do this, follow these steps:

A new page opens with the option between downloading via torrent or directly from a large number of Download mirrors.

3) On this page scroll down until you reach your country or the most nearby country. In my case, I can choose from 5 different mirrors in the Netherlands.

Speak to you soon.

Through a number of short Linux beginner tutorials, I want to offer a simple starter guide for those who have never done anything with Linux Mint and do not know exactly where to start and where to find the necessary information. In an accessible way, it guides you through among others the principles of Linux, finding and downloading a Linux distribution, creating a live medium, finding software, installing software, executing updates, and making sure your internal and external devices work properly. This article is part of my Linux Mint tutorial series. You can find an overview of the complete tutorial series via the link below: