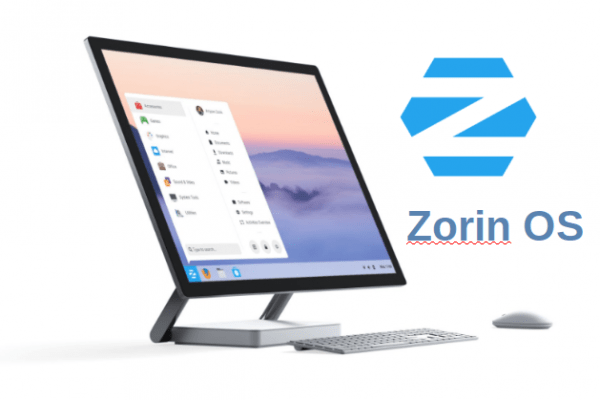 Since the most recent update on June 5th of Zorin OS to version 15 the Linux internet community is discussing, blogging and vlogging more and more about this in my opinion great Linux distribution for both beginners and advanced users who just want to get things done. You want to know how to get your hands on this popular, stable, complete, feature rich and user friendly Linux distribution? In this short tutorial you will learn how to download Zorin OS 15, so you can create a Zorin OS Live USB stick and try Zorin OS in a live environment or just install it right away.

This part of this beginners series of tutorials is probably the simplest. Our goal is to download the latest version of Zorin OS. But before we do that, first a nice teaser from the Zorin OS team and after that piece of background about the release approach that the Zorin OS developers use.

Unlike many other distributions, the Zorin OS developers focus on absolute reliability and stability and consciously choose not to be a leader in all bleeding edge developments. In order to do that, Zorin OS is always based on what is called an LTS, or Long Term Support release. That deserves some explanation.

The basis of Zorin OS is Ubuntu. Ubuntu itself offers both a Long Term Support release and a short-term but more up-to-date / bleeding edge release. Canonical, the provider of Ubuntu, produces a new version of Ubuntu every six months, in which the latest and best developments, drivers, kernel and applications are always made available. For this non-LTS 6-month release cycle you get up to 9 months of support and security updates. In addition, there is as mentioned also an LTS release. A new LTS version is published to the public every two years. In older releases, an LTS version had three years of support on Ubuntu Desktop and five years on Ubuntu Server. From Ubuntu 12.04 LTS received both versions of support and updates for five years.

Probably the above makes it a bit clearer why the Zorin OS Team uses the LTS version of Ubuntu as a base. LTS receives 5 years of support and security updates compared to the only 9 months of the bleeding edge version. The consequence is that the age of the base for Zorin OS can be up to 2 years old, namely the frequency in which a new LTS release for Ubuntu is delivered. Basically, as a Zorin OS user you start to lag behind modern developments, but how bad is that really if you have a system in which all teething problems are solved and therefore stands as a house. And that lag is relative, since Zorin OS itself also comes with interim updates, but always based on the stable LTS releases.

The most recent version of Zorin OS is 15 which was published on June 5th. This version is based on Ubuntu Bionic Beaver 18.04.2 LTS with release date April 26, 2018. Thus this release will be supported until April 2023.
As said earlier, the whole strategy and base concept of Zorin OS is being more stable, reliable and secure while being the most user friendly system as well. Stable means to trust on proven technology which is in this case the LTS release of Ubuntu.

Downloading Zorin OS is incredibly easy, but there are some options. We assume that you want to use the most recent version, Zorin OS 15. To do this, follow these steps:

On this page you see 4 variants that you can choose from, namely Zorin OS 15 Ultimate which is the only paid option that cost Euro 39 (Read the following why you should considering paying: https://zorinos.com/download/why-pay/), Zorin OS 15 Core (free), Zorin OS 12.4 Lite (free) and Zorin OS 12.4 Education (free).

Zorin OS 15 Ultimate is the most extended distribution variant of Zorin OS, which means that the distro includes lots of additional games, business and media software, but also out-of-the-box more selectable desktop layouts (macOS, Windows, Touch, Windows Classic, Gnome 3, Ubuntu). And you will get Installation support.

Zorin OS 15 Core is the variant that we will use in this course. This is a free version with less options out-of-the-box, but which can be installed and selected manually. It offers only the Windows and Touch desktop, which are in my opinion already great options.

Zorin OS 12.4 Lite has been created with old computers in mind. It offers XFCE, which is a very lightweight desktop environment so it runs fast on very old computers.

Zorin OS 12.4 Education is created for educational purposes. It offers many useful educational apps, like applications to learn coding like GDevelop, Builder and Scratch.

As already mentioned, this tutorial and the rest of the course will be based on the free Zorin OS 15 Core.

You now get a Thank you for Downloading page with a link to the installation instructions. Meanwhile the ISO file will be downloaded to your Downloads folder. 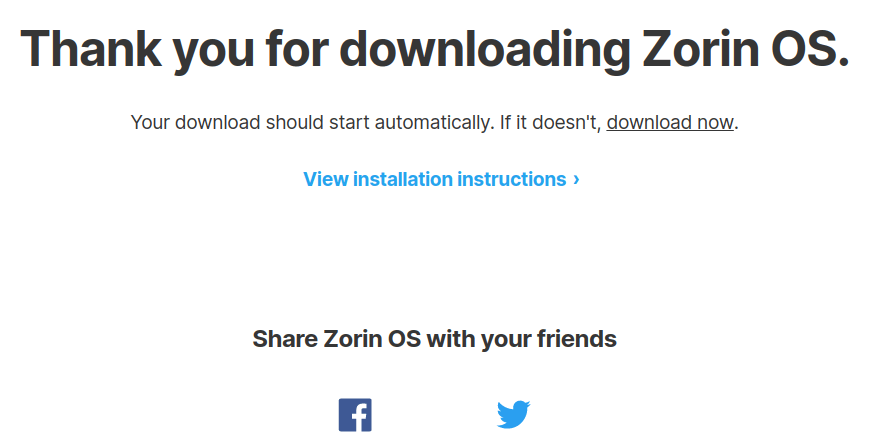 That was it. In the next tutorial I will explain how you can create from the newly imported ISO file a Zorin OS bootable USB stick so that you can use it as an installation medium or as a live USB drive.

Succes and till next time!